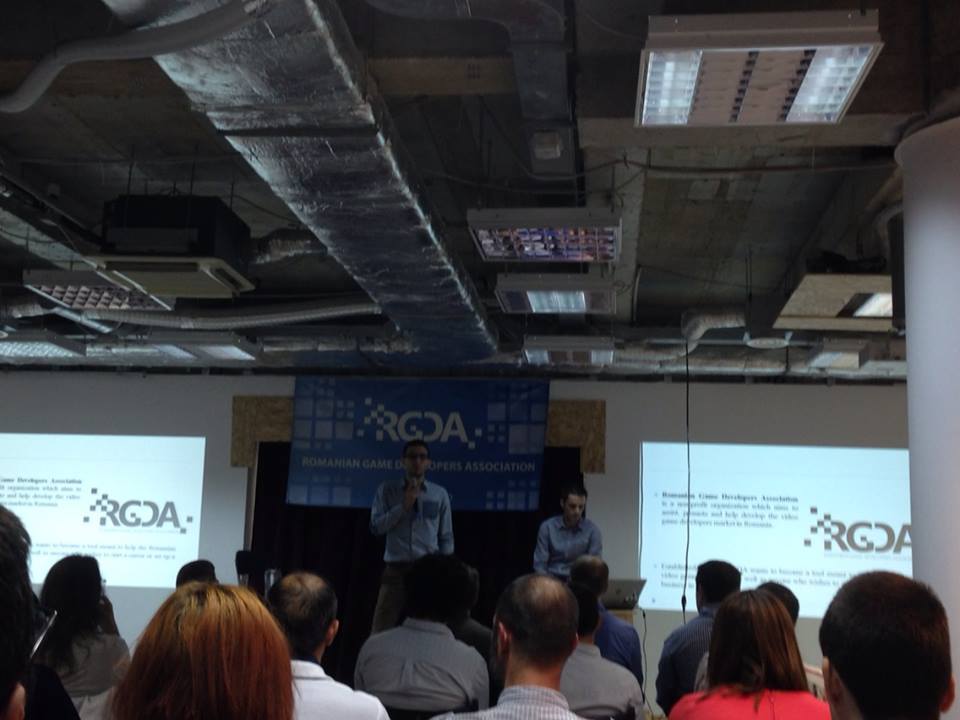 Romanian Game Developers Association is something I’ve heard of about 2-3 months for the first time. Two guys (Andrei and Cristi, the co-founders), came to MavenHut’s offices to tell us about their idea: allow game developers meet and talk about their ideas, about the obstacles they face, learn from each other.

When we first started MavenHut the gaming ecosystem in Romania was almost non-existant. Yes, there are some great companies here, studios and local (from EA, Ubisoft and Gameloft to King, eRepublik or Revo Solutions), but people don’t really meet in a more formal environment. We were looking for workshops, for people to motivate and inspire us. And, step by step, we met a lot of great people in gaming. And it took us 18 months.

RGDA says it’s the right tool to help freelance gaming developers, small and medium gaming developers in Romania. If they live up to their promises, they will help the industry a lot. And there is a lot of interest in this. I’ve seen more than 100 people participating on a meetup about gaming, as well as about 40 people present at the launch of RGDA, last Tuesday. To show just how much people around the industry need this, Cristi, my co-founder at MavenHut, met 3 people that were building a Snake version, without knowing about each other.

Finally, we need to get together. Andrei and Cristi helped us with the first step, now it’s a lot up to us :)

If you are a game developer, artist or anything like this, go to RGDA’s site. And don’t forget to also contact us, at MavenHut, we are always looking for great people to work with!