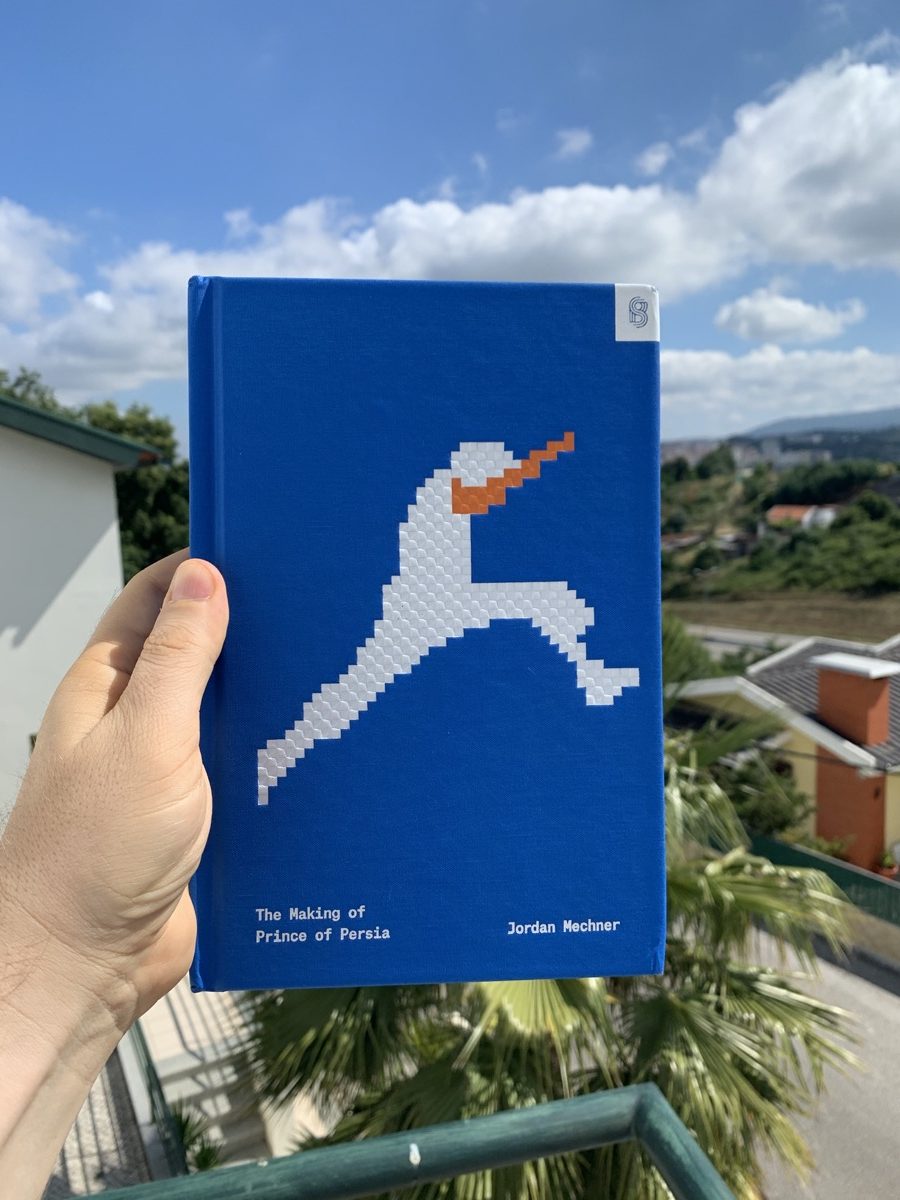 I liked Prince when I first played it, when I was a kid, but I never had a great affinity for it. I enjoyed adventure games more than action or arcade games and I only finished the game later in life.

Anyway, I LOVED the re-imagining of the franchise by Ubisoft, especially the Warrior Within. I think this is the game that made me play the action/adventure games so popular now, like the Uncharted series, God of War series or The Last of Us.

About 2 weeks ago I saw that Jordan Mechner, the creator of Prince, published an illustrated version of his book: The Making of Price of Persia: Journals 1985 – 1993 — Illustrated Edition. I love these kind of books, so I ordered immediately, in hard copy.

The reason I ordered it in hard copy and not on Kindle, as I usually read, is that Jordan Mechner added notes on the edges of his journals, updating the information and explaining the “cast of characters”. As an aside, he tells a story of meeting Halle Berry at a shoot in NYC, in 1991-1992. And he says something like “Halle, the lead actress in this low budget rom-com, told us what the story was about”. And the present note, on the side: “Yes, that was Halle Berry”.

But aside from celebrity meetings (which weren’t that many, unless you’re a gaming history fan), the story of the 4 years it took him to make the game is more than interesting. At times, it sounds like the story of a freelancer trying to create his first product. Which, if I think about it, he was. A sort of a freelancer, that is.

Anyway, if you have the time, read the book. Not a lot has changed in the gaming world: from the crunch before the launch, to the ups and downs of the creative side and the despair of your product not being good enough.

The second half of the book is more dedicated to the author’s quest to get a screenplay made into a movie, so I skipped some bits, but the first half is really worth it.